The ROI of Loss: Three steps to move you from loss to light 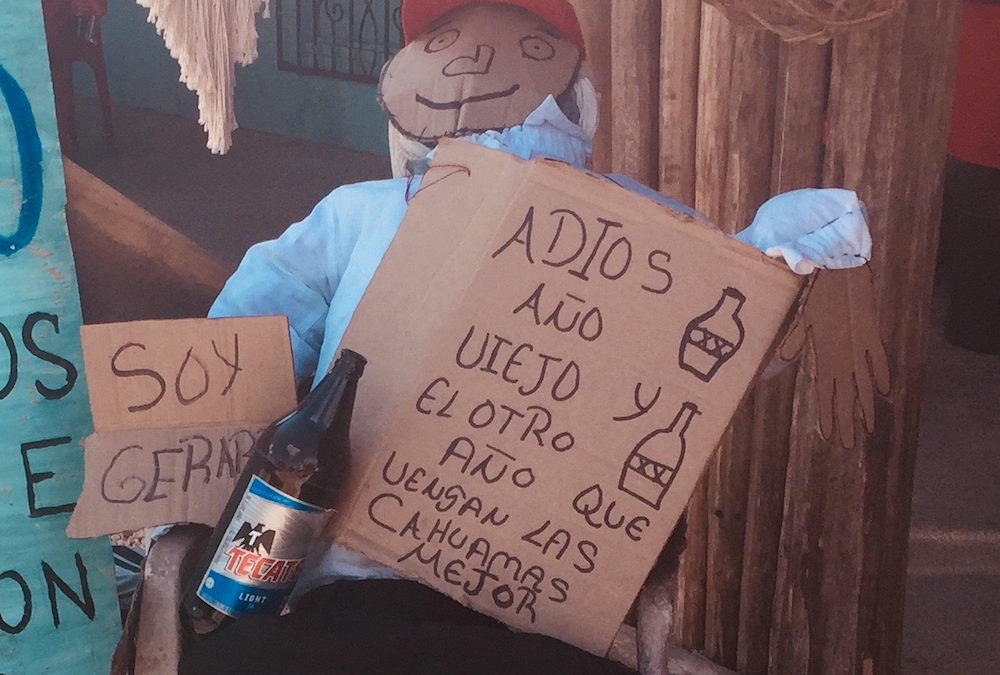 ROI: the measurement of return on an investment relative to the investment’s cost.

Loss: the fact or process of losing something or someone.

I thought it was a scarecrow that caught my eye while driving in Mexico last month. But when we made a U-turn to check it out we found a dummy propped on a chair holding a note. The note explained why it had to be burned up and then added a request for the coming year. On New Year’s Eve it would be filled with firecrackers, set ablaze and tossed into the street in front of a cheering crowd. Gerardo, the dummy, apparently had an issue with one-liter beer bottles and is hoping for better beer in 2018.

If I had to attach a note to an effigy of myself for the past year, what I would write? 2017, at first blush, was a year of loss: my mother died, a family relationship was broken, and several attempts at new ventures wound up stalling.

“Do not worry that your life is turning upside down. How do you know the side you are used to is better than the one to come?”

As I reviewed this past year it dawned on me that in spite of (or possibly because of) all the suffering, the light that broke through the pain was more powerful than the darkness. This light didn’t show up overnight, it was a process that came in many forms: through spiritual connection, writing, listening to books on long car rides, reading books and sharing life with people who challenge and support me.

Here are three steps I want to share that helped me move from each instance of loss to light.

“A self that’s suffering needs to be dis-assembled. Soothing is the enemy of enlightenment.”

“Maybe you have to know the darkness before you can appreciate the light.”

“Mostly we have just enough light to see the next step: what we have to do in the coming hour or the following day.”

Using these three steps when I face major or minor losses, sometimes several times a day, is a worthwhile investment.

Thinking back to Gerardo on the chair, here’s what I’d write on my note:

“Goodbye to a year of profound loss which brought unexpected joy. I’m ready for anything.”